Skip to content
Good morning! Welcome back to the fall capsule final documented outfits. I ended up taking last week off. That was unexpected and not planned, but a great break none the less. What made it even better is that we were in Disney World for five out of the seven days. Catch up with our adventures on IG if you’re interested. Before the last five outfits, see the initial items here, outfits 25-32, outfits 18-24, and 1-17 (that post links to 3, 11, 12, and 13 which were separate posts). Here are the last five outfits I documented and some observations:: 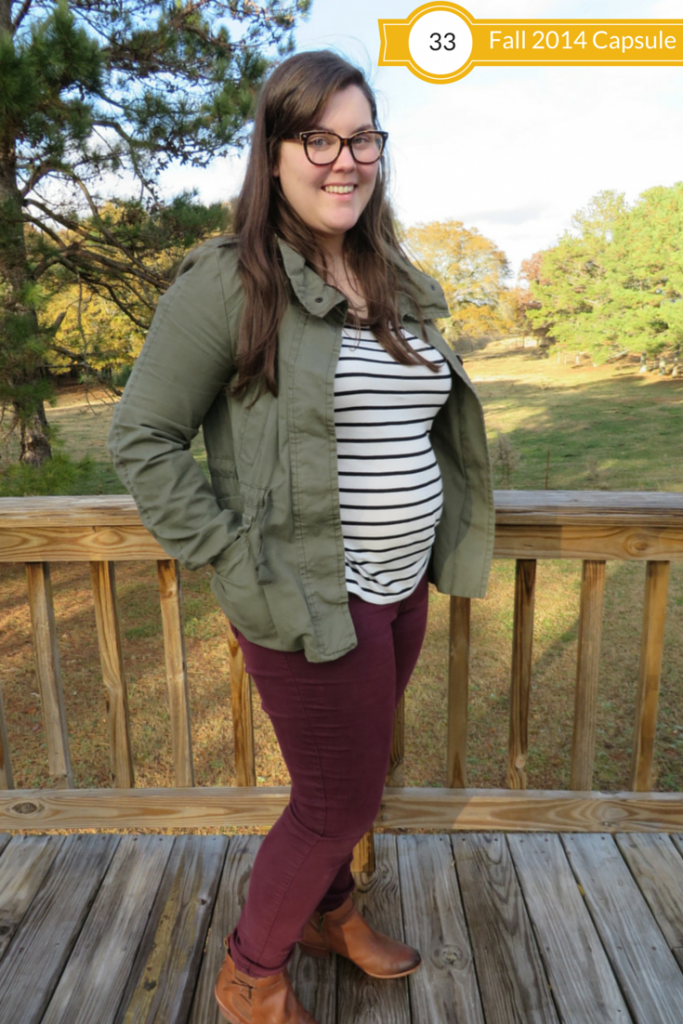 This outfit was worn more than just once. Easy, peasy, throw it on and go. Fortunately this is office appropriate for me too. 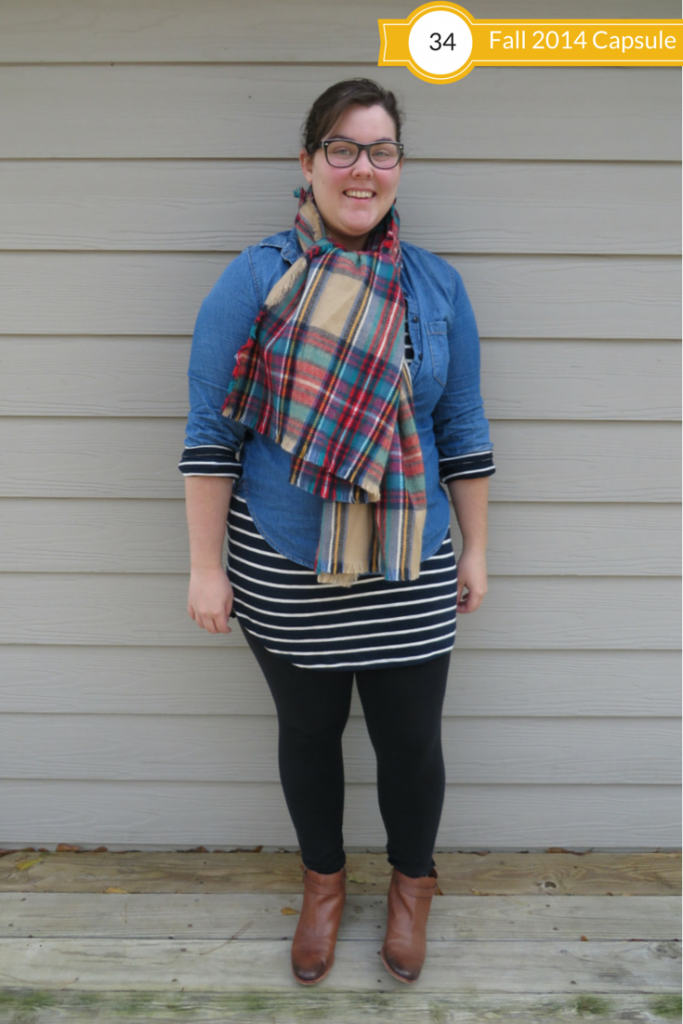 It’s hard to tell that I’m wearing the popover because of the scarf, but it was cold and this worked. I kinda like how the stripes and scarf look together too. 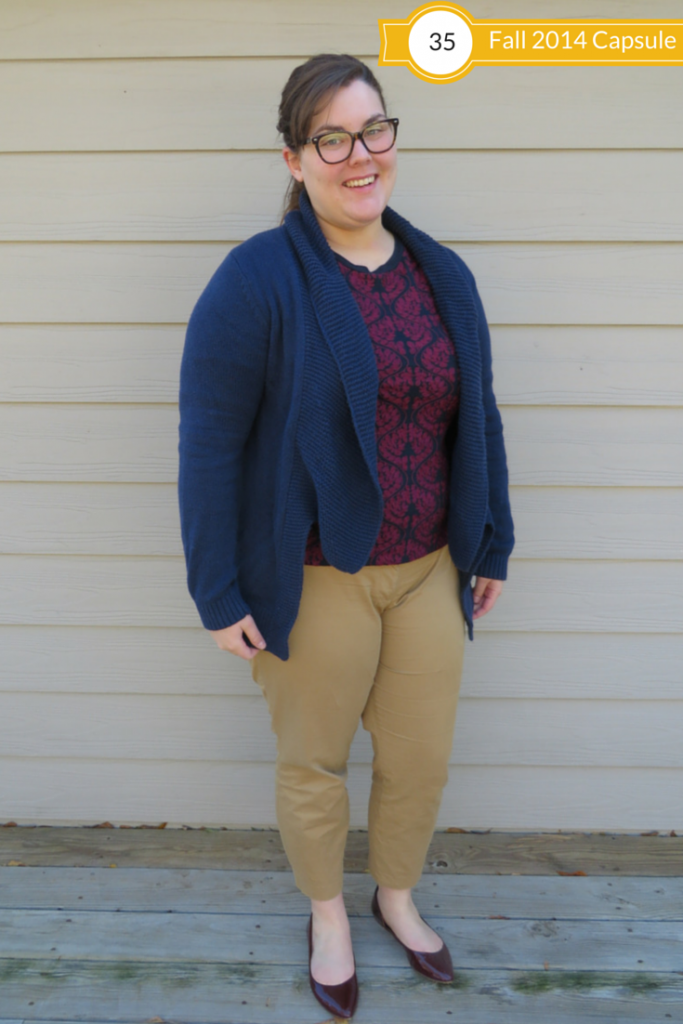 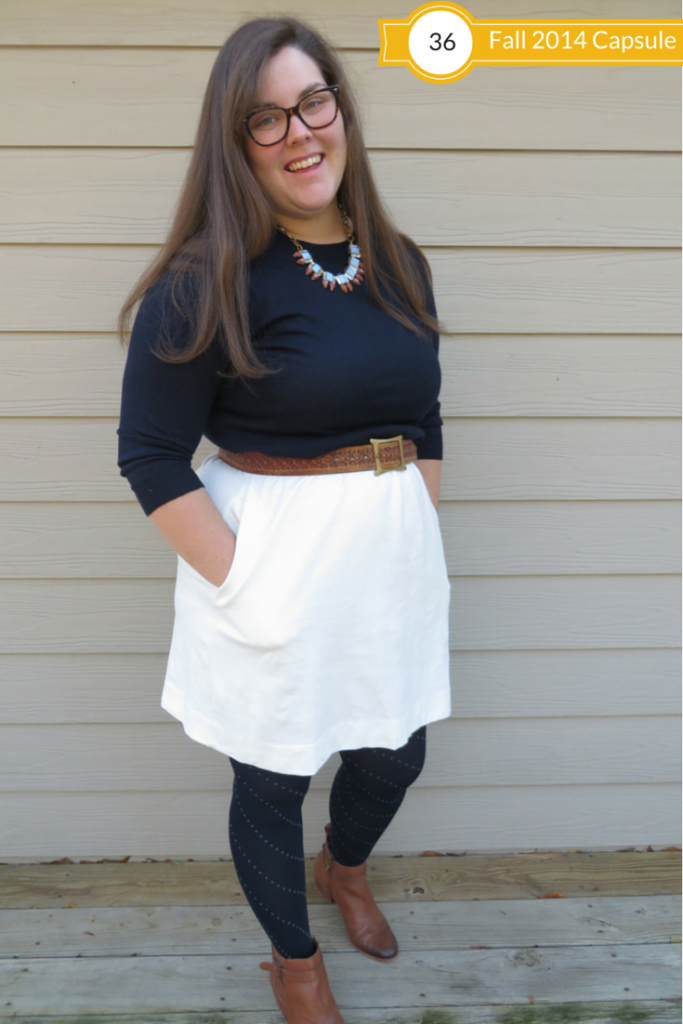 My least favorite outfit was followed by one of my top three outfits of the entire capsule. Going home and resting for the rest of the prior day made me feel better and try this. I loved it too. This outfit makes me want to keep out one of my white dresses for the winter capsule. Time will tell. 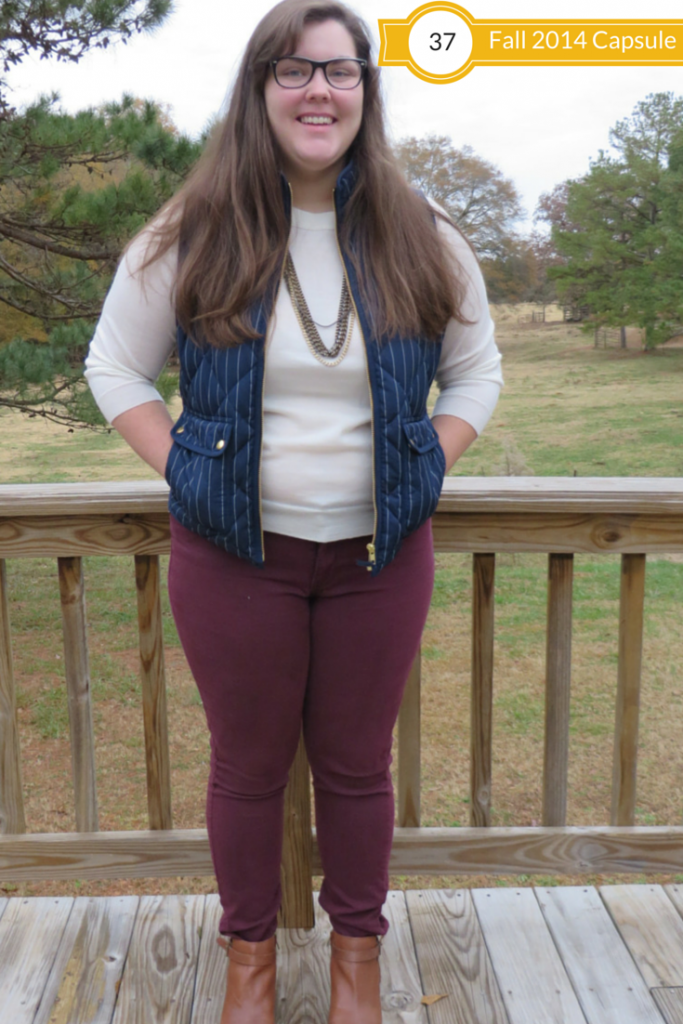 Another simple get dressed and go outfit. My love for the cognac booties continues to grow day by day. They’re just perfect! Also I realized all the hype behind the excursion vest. Love it too.

I’ve showcased 37 outfits (there were at least four more that didn’t get documented) and if the weather was going to stay a little more temperate I could easily keep going with the items I picked because I didn’t even wear all of the original 35 items I picked. There were some items that were subbed out and sold along the way, but I could keep going with the 32-ish items seen in the series of posts.

The most popular item hands down was the burgundy jeans. Those were worn seven times. The black ones were probably high on the list too since I wore them in a lot of undocumented casual outfits. I’m so glad I went back to Old Navy and got those. They’re so comfortable and the color is perfect. Second most popular item was my chambray popover– definitely not surprised at that one. Worn four times throughout the entirety of the capsule. There were several items worn three times so third place would be a ten way tie or something like that.

Many of these items will be carried over to the winter capsule, which I plan to debut next Monday on the blog. Also I’m debating including cardigans. Not vests and jackets, but just cardigans. What do you think? What outfits were your favorites? Let me know!

Linking up with:
Lauren at Fizz and Frosting

Thank you all for weighing in on some of the last pieces in my capsule here….

Now that we’ve all had a chance to ooh-and-ahh over the February style guide, I’m going…

Yes. It’s already happening. This dress is getting remixed. Told you I loved it. scarf:: Shelley…

A little late to the Monday post game, but I have an exciting new brand to…

Blogging has always been something I have enjoyed. Writing of any sort has been a hobby…