There are a few outfits missing in this set. I’m really much closer to 40 different outfits from this limited set of clothes. It’s exciting to think of what I’m creating with less than half of what I normally work with. It’s getting close to time to re-work the fall capsule just a little bit. The high today in Athens is 39 degrees. Tomorrow’s high is 49 degrees. Though it’s going to warm up a little bit more through the end of the week (and we’re supposed to see 70 again this week– thanks Georgia), I think it’s time to add a few more cold weather options to the capsule. 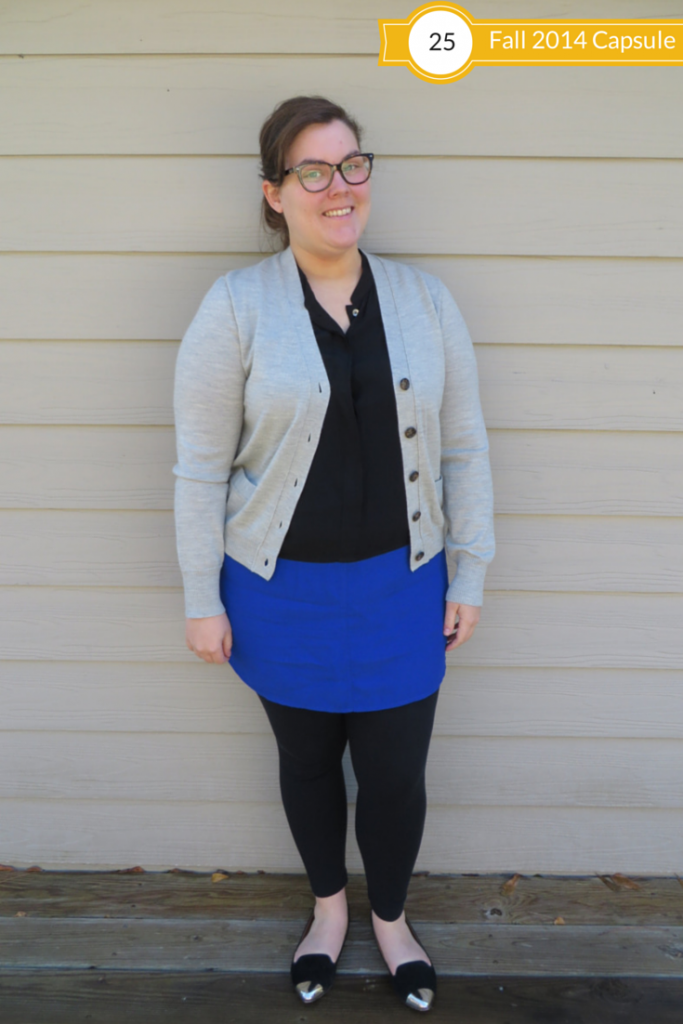 Tunics are one of my favorite options when you just don’t quite feel like wearing dress and want the comfort of leggings. It was a long day at work this day, in case you can’t tell by my lack of hair style and make up– and jewelry. Oy!

OMG guys these booties. They make me so excited I forget how to talk. I’ve been wearing them ALL THE TIME. There’s one outfit between 25 and 26 where I’m also wearing them. I almost wore them out of the store that day. I can only assume that Clark’s version from this year is just as comfortable.

This outfit is pretty much outfit 20 with different shoes and a different color cardigan. I love this dress though and am dying to figure out other ways to wear it. Any suggestions? 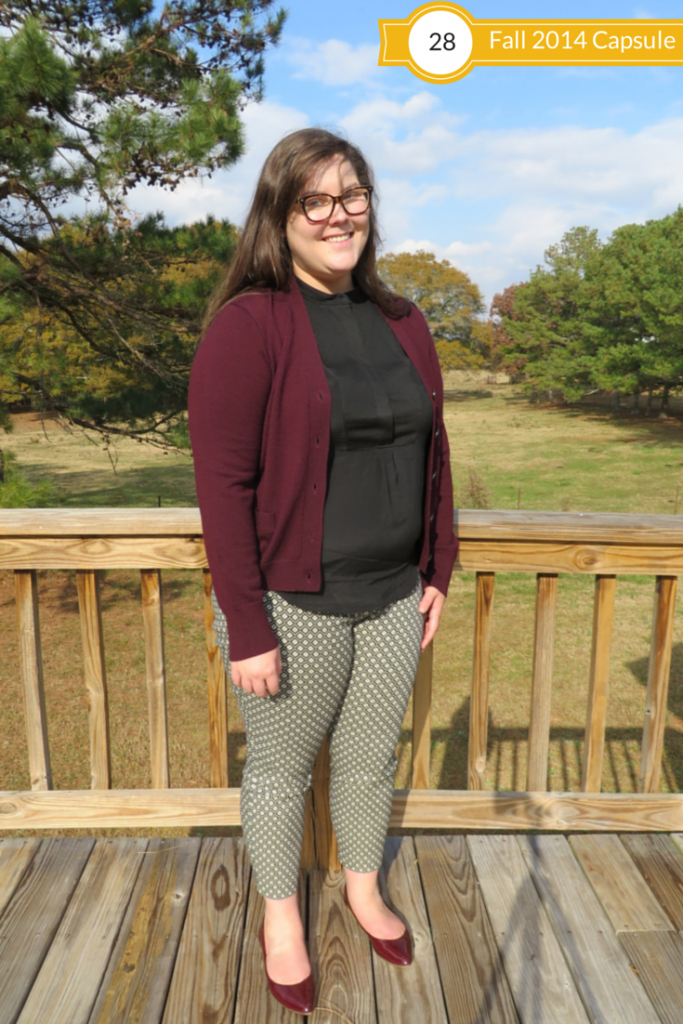 These cardigans are easily the star players of my capsule wardrobe. I highly recommend taking a trip to your nearest Crew and scooping them up with the 40% off sale. Though I didn’t officially count them in the fall capsule, I think I will count them in the winter half  in an effort to continue to simplify. I’m still not going to count heavy coats, vests, and other true outer wear items. 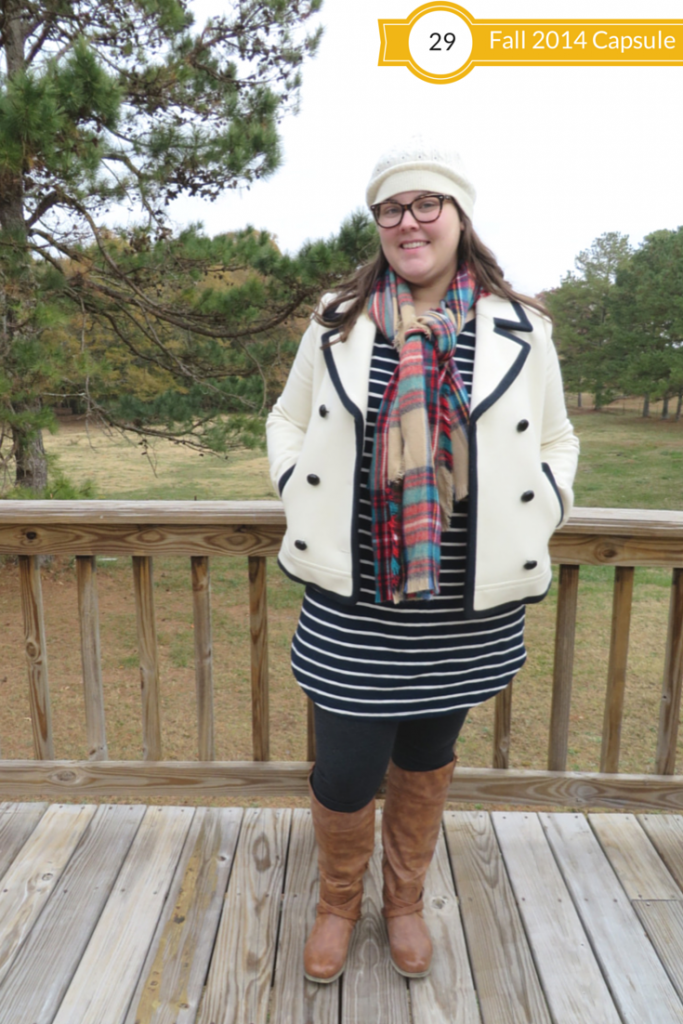 In case you can’t tell, it got really cold there for a day. I also think this one is out of order. I think it actually goes between 31 and 32. 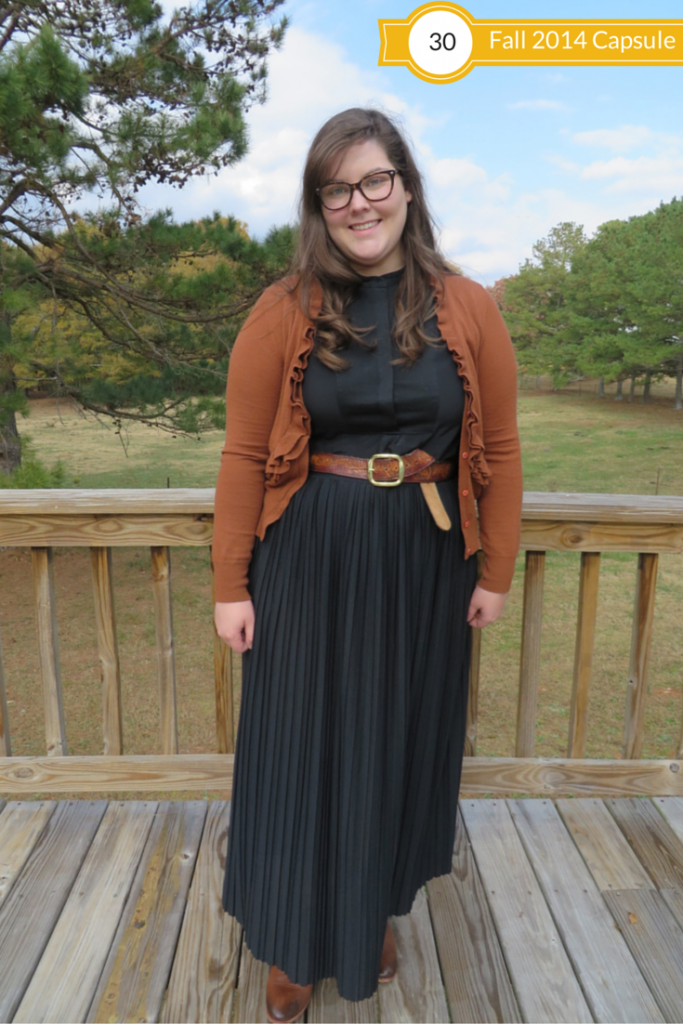 Corey kept calling me the woman in black in this outfit. I told him Johnny Cash wore ALL black. I have cognac mixed in. This may just be one of my favorites of this set though. 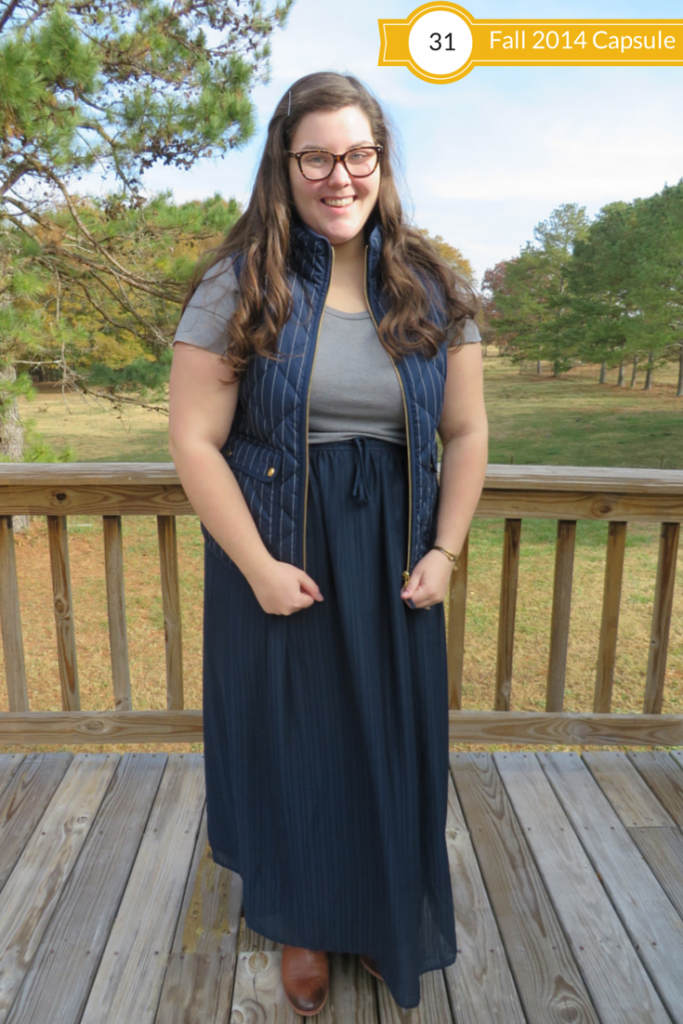 Can you tell I LOVE these booties? Also the morning, when I took these pictures, it was almost 70 degrees. At some point during the day a cold front blew in and by the time I left for home it was 40 degrees and I was not wearing enough clothing for 40 degrees. Sad to say, but this skirt is going to get swapped out for something warmer during the winter capsule. 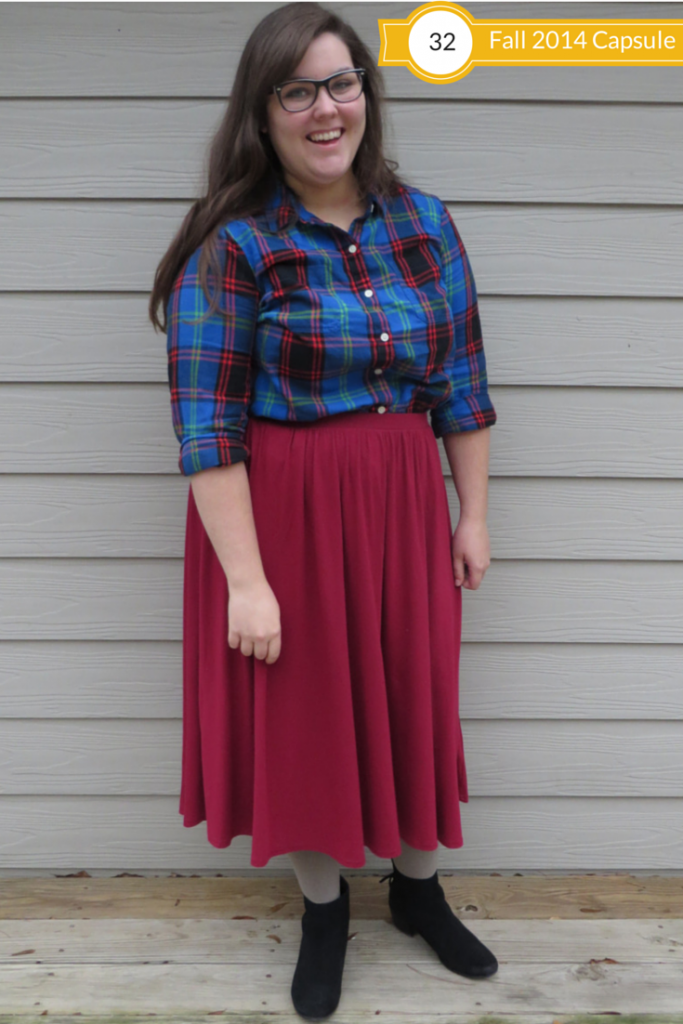 All of these pieces are staying though. I am more than thrilled with these booties too. If you’re looking for a black suede pair, check these out. I found mine at Marshalls. I noticed the pull tab for the zipper on the back is strange though. I’ll probably end up changing it.

So out of this batch, which one is your favorite? What do you think should go for the winter?

Linking up with The Modern Austen

Even though this is no longer a ink up, I’m still going to participate in sharing…

While you enjoy your Sunday, relaxing, sipping coffee, help me decide which signature looks better with…

It’s cliche to say, but I really can’t believe it’s been a year. At first, I…

It’s Thursday! And that means two things: Friday is less than a day away and it’s…

Growing up, my house was full of catalogs. My mom is very much the creative type….

It’s Thursday! I’m back this week with Katy and Nicole, of course, sharing our favorites. Want to…